Joonas Vikström Completed a Thesis for FinnProfiles: “It’s Great to Know That My Work Benefits the Company” 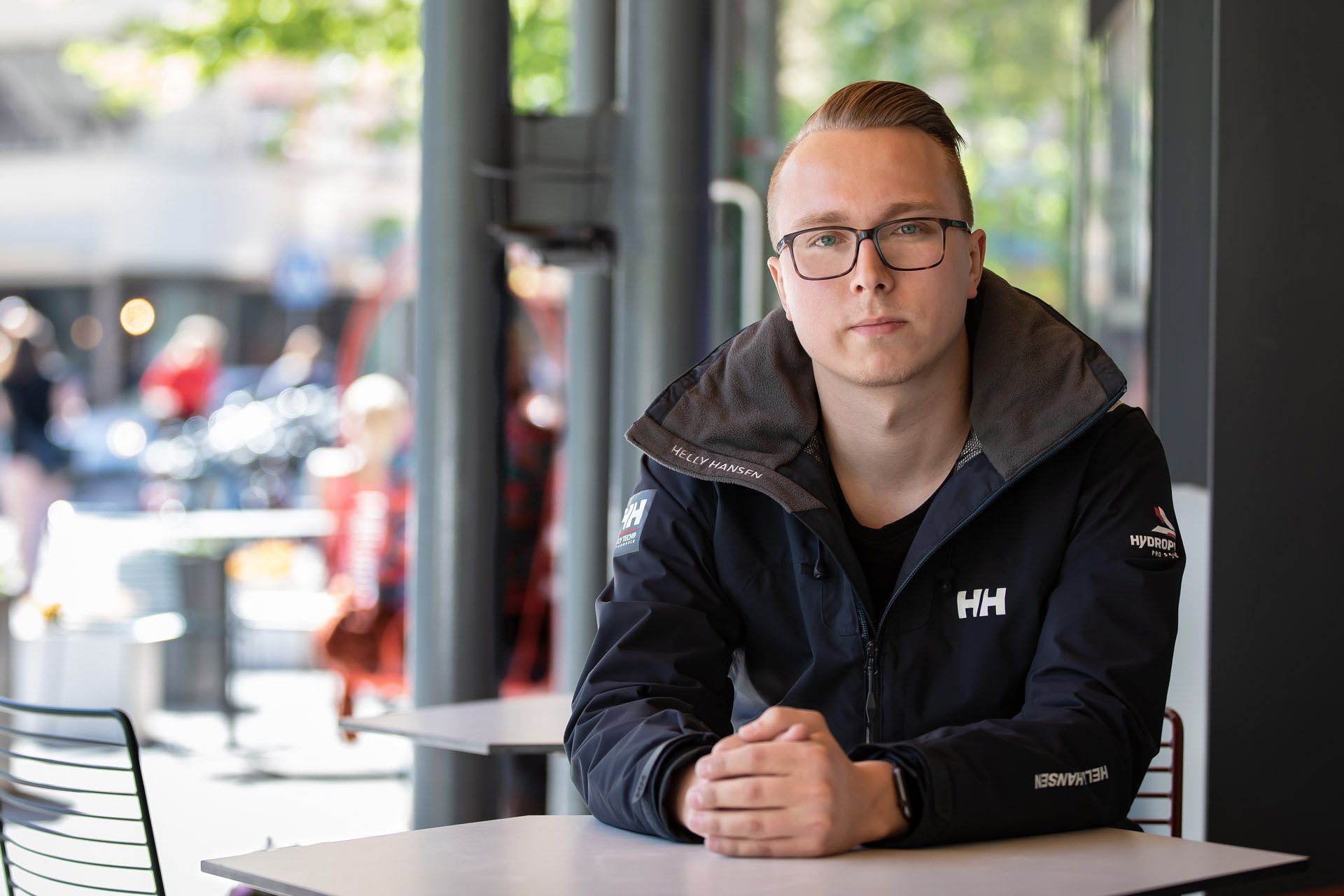 Joonas Vikström is a recently graduated Engineer in Production Technology. He has already worked for Nokia in a variety of capacities related to robotics and automation while studying.
Personnel
| 21.06.2018

A thesis project led Joonas Vikström, who had studied Production Technology at the Oulu University of Applied Sciences, to the FinnProfiles factory in Ii.

Last winter, like thousands of other students, Joonas Vikströmfrom Ouluwas also contemplating really hard where to find an interesting topic for a thesis. Joonas did not have to look any further when a teacher presented him with the project proposal FinnProfiles had left at the university.

The topic was the development of FinnProfiles Oy’s further processing services.

“The topic piqued my interest, since it concerned a production line development project. I called the FinnProfiles factory in Ii and set a meeting – and in no time we were already shaking on it,” Vikström reflects.

To be more specific, the aim of the thesis project was to explore the development potential of FinnProfiles Oy’s taping line production process.

“It’s a recognized fact that siliconeis a superior material for many purposes, but its slippery surface often poses a challenge when it comes to combining the tape with the sealing profile.”

“The development potential was related to the implementation of a completely new production method that makes the production stage simpler and more stable.”

As a result of the tests conducted by Joonas, it became clear that the tape-fixing process could, in fact, be improved. For instance, the additional adhesive used in the process could be completely left out.

“The development potential was related to the implementation of a completely new production method that makes the production stage simpler and more stable. The method also enabled the standardization of the tape-fixing process.”

Even though Joonas cannot delve more deeply into the results or development ideas related to his work, he believes that FinnProfiles will provide more information on them as soon as the improvements have been implemented.

“It’s great to know that my work benefits the company. I like production development and would be happy to work on the subject also now that I have graduated.”

“Indeed! The spirit at the Ii factory was really good and everybody was so helpful. I enjoyed my time at FinnProfiles very much.”